Hiking Antelope Creek – Part I – The Road In

Audio Reading of Hiking Antelope Creek – Part I – The Road In

We are camped at the end of a primitive road that has been paralleling a fence line for several miles. Both end at the rim of Twin Springs Gorge. We left the pavement at Rome, Oregon, heading due south along a series of unmarked, unmaintained back-country roads. We found our way to our planned destination as we usually do; Mike was driving while I studied every detail of our road map. I have him set the trip odometer to zero while I estimate the distance to each intersecting ranch or reservoir road, using the section markers on the map as mileposts. It’s not a contour map, so there are no relief lines to gauge the landscape. I pay particular attention to the small blue lines that denote drainages and I follow along the major corners in the road with my finger, noting buttes and any named landmark that makes sense. Fence lines are often along section lines and I’m grateful for any point of reference that provides truth to our whereabouts.

“Three miles to the first branch in the road,” I told Mike. And then, at the three mile point, the road wasn’t there, which happens often in the remote deserts of the West. “Well, it’s about another mile to the next intersection of roads, which form a triangle. We’ll have three choices, so let’s keep going.”

At 4.3 miles we came to the triangle, so I was off only three-tenths of a mile in four. Not bad. I had Mike set the trip odometer back to zero and we continued on in this manner for the next three and a half hours, for a total of 36 miles. The last nine miles over a very

primitive road, ran in a straight line due south. By Owyhee standards, it wasn’t too bad, but Mike was tired of being bounced and jostled about in the cab of the truck. He was definitely ready for the drive to end.

To our south the sky was dark. A line of cumulus nimbus clouds ran the entire width of the horizon line from east to west. The breaks of Twin Springs Gorge were directly below camp and we found a level area for the tent near a fin of rock that jutted above ground about six feet and ran about 50 feet on a downward slope into the little canyon. Grasses were still green on the uplands, and cattle were grazing on the opposite side of the gorge. To our west Oregon Mountain was silhouetted against stormy skies, as was Bald Mountain, in Idaho, in the east. Dark sheets of rain in broad vertical strokes spanned the northern horizon. We were in a bowl of sunshine with winds that were cool but not uncomfortable. Besides the sound of wind, a meadowlark staked out a perch on the fence post at the end of the road to sing a welcoming song. A horned lark claimed the rough-looking juniper that grows from a crack in the rock seam nearby, and a canyon wren creeped along the jagged edges of the seam in search of insects. A red-tailed hawk and two ravens rode the wind currents.

At sunset the wind died completely and a big quiet settled over the land. The human ear will strain to hear something in such stillness but will find only the hushed sigh of a breath or a beating heart to break the silence.

Audio Reading of: Did You Know? About the Sagebrush Steppes

Did you know that the sagebrush steppes of the North American deserts are a biome that exists nowhere else on earth? Until recently, I didn’t. I also didn’t know what a biome was. It is often the case when we grow up in a place we know the least about it. As a child, I thought all deserts were the same. Even as an adult, I thought there must be a desert like ours somewhere else in the world. But there isn’t! And that makes the deserts of the intermountain West, which includes our Oregon high desert, a very special place.

What’s a biome (pronounced bī-ˌōm)? Merriam-Webster Dictionary defines biome as “a major ecological community type, such as tropical rain forest, grassland, or desert.” There are five major categories of biomes, and many sub-biomes. The five major ones are: Desert, Aquatic, Forest, Grassland and Tundra.

Ready for the Next Chapter? Click on “Hiking Antelope Creek – Part II – Reconnaissance.” 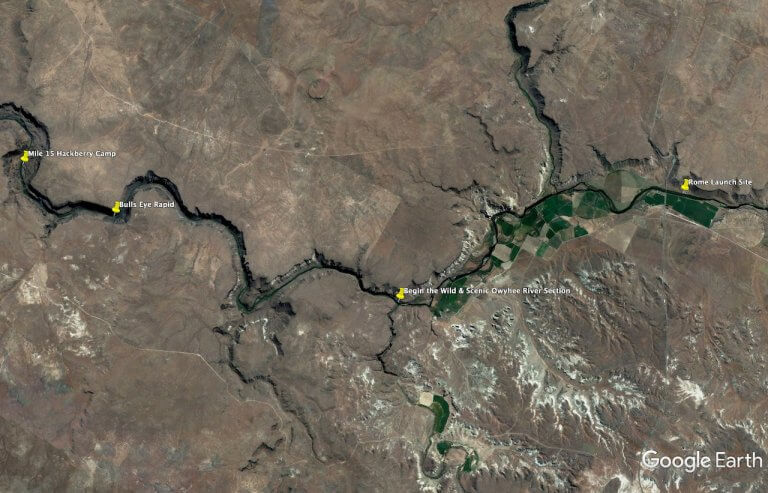 The Lower Owyhee River – Part II – On the River

Wednesday, June 2, 2021 River Mile 0 – 15, Flow at Rome Gauge 244cfs I had trouble falling asleep last night. The deer that always ventured out in the evening and early morning to graze in the pastures outside the

Big Antelope Creek is located in the far southeast corner of Oregon in Malheur County. The stream’s headwaters are on the south slope of Horse Hill, a short 16-1/2 miles from McDermitt, Nevada, as the crow flies, and near the

Wednesday, May 16, 2018 We began our hike at 7:35 a.m. “Same as yesterday,” I thought to myself. “Who needs a watch when one’s internal rhythms are so perfectly timed.” A half hour into our hike I was startled by

Our promise to you: No junk mail, just new post alerts. Period.

Our promise to you: No spam, just new post alerts. Period.