In my 32 years of running rivers with Mike, this would be a trip of many firsts: first trip on the Owyhee without him, first time I was responsible for arranging a shuttle, first time using the electric air pump instead of assisting, first time taking another party down the river on my own. Arranging a shuttle and using an air pump are small things. Or so they seem. But if they have not been a part of your routine, if they have not been your responsibility before, it could be easy to forget what: The pump? A spare set of keys for your shuttle? The shuttle payment? A repair kit or first aid box?  Everything we take on the river we need or might need. Forgetting something essential, when traveling into remote regions, might lead to a major problem; even a simple task under ordinary circumstances takes on greater significance when running to the store is simply not an option. These possibilities loomed large in my mind. In the past, Mike had a set of gear he would take and I took the rest. He had a set of river tasks he attended to, and I looked after others. I didn’t want to forget anything or how to do anything that he normally took care of, which is why I wanted to make a dry run of each job before taking off on my own.

“You’ve seen me do this a million times,” he said impatiently.

And so I had. I was trying to remember which cable to hook up to which battery terminal and then forgot to start the pickup truck before engaging the electric air pump. It’s different when you’re in charge. Passively watching or lightly assisting someone in a task versus undertaking the work entirely are two distinct roles.

After purchasing my first car at age 27, a little 4-cylinder Datsun 510 sedan, a cousin had taught me how to change the oil and gap the spark plug points to keep it running smoothly, which I performed regularly every 3000 miles. Once, while waiting for a ferry in Port Angeles, Washington, on my way to Victoria B.C. with a girlfriend, I noticed the rear left tire was flat. In a worried voice my friend asked, “Oh no! Now what do we do?”

“Change it,” I replied, and did. But those days were long past, and Mike had taken over these chores when we married. The engines under the hood of our vehicles had also changed dramatically.

So I asked him to be patient with my questions while I kept checking my list of to-dos and to-gets, to be sure I had what I needed. He was.

Finally, the day for my departure came. With the pickup packed for the river, I left Junction City at 8 a.m. for the 408-mile drive to the other side of the state and a night’s stay at the only motel in town, the  Basque Motel in Jordan Valley, Oregon. I was excited and nervous. The river was running about 250 cubic feet per second (cfs in boater language) which would be the lowest I had ever run this section. The weather forecast predicted record-breaking heat. Having scooted down the upper stretches of the Owyhee when the gauge at Rome was at 190cfs, I was confident we could get down the lower river at this flow; and it was highly unlikely we’d see anyone else on the trip, an experience I was accustomed to and desired. I knew the river well. I was not worried about the river.

The river party of four I had assembled had become a party of three a week ago, a possibility I had been alerted to by one member early on, so it wasn’t unexpected.  But a second cancellation, just two days before departure, caught me off guard. It was a friend I had chosen to join us in the role of trip photographer. His reasons were personal and important to him. I told him I understood but was then faced with a much larger question; would John still want to go? While alarmed and disappointed at first, shortly after hanging up the phone, I immediately telephoned John to ask him if he were comfortable with the last-minute change. After we considered other options, John asked if I had any concerns about safety

with just the two of us on the river. “No,” I replied, “we’ll be just fine. I’ve been traveling as a party of two for years with Mike. Let’s go.” And with that, it was settled.

Even without having anyone to share driving time, the drive across Oregon went much faster than I expected, and I enjoyed the desert scenery, something I never tired of. I arrived in Jordan Valley around 4:30 p.m. and checked into my motel room. A voice mail on my phone awaited me from John. He was in the Caldwell area and called just to check in. I called him back. His plan was to drive to Birch Creek and camp the night. Birch Creek was the designated take-out at the end of our river trip. He would leave his pickup truck there. I would drive to Birch Creek the next morning, pick up John and his gear, and drive us both to the Rome launch site. I had some concerns about him finding his way into Birch Creek, but he said he would call me again when he arrived at the turn-off from the main highway.

About an hour later, there was a knock at my door. It was John. He tried to call me from the turn-off but found, only eight miles from Jordan Valley, there was no cell service; so he drove on into the small town to locate me. We visited shortly, reviewed the map of the road into the canyon I had laid out for him, and then, with plenty of daylight still remaining, he left for the river.

Big Antelope Creek is located in the far southeast corner of Oregon in Malheur County. The stream’s headwaters are on the south slope of Horse Hill, a short 16-1/2 miles from McDermitt, Nevada, as the crow flies, and near the

Tuesday, May 15, 2018 There are owls along the ledges and in small caves that dot the canyon cliff walls. During the night their soft hooting ushers us back to sleep. A few times, when we awakened, the yips and 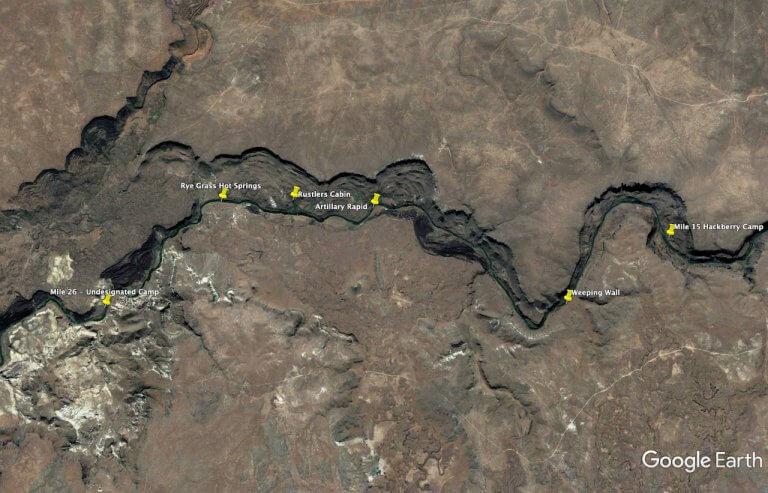 Our promise to you: No junk mail, just new post alerts. Period.

Our promise to you: No spam, just new post alerts. Period.